This Sankranthi will be my biggest: Mahesh reveals Sarileru’s release date
Published on Oct 12, 2019 8:31 pm IST 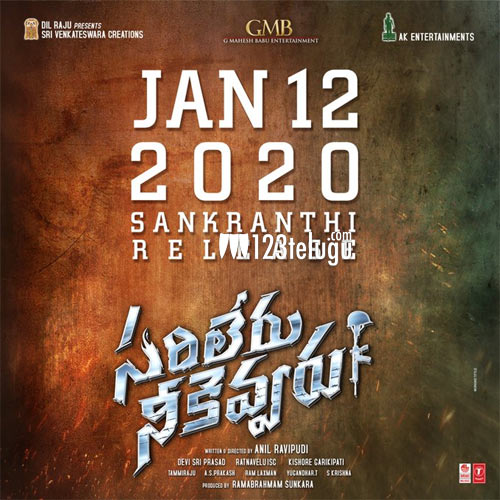 In a surprising development, Superstar Mahesh Babu has just announced the release date of his most eagerly awaited Sankranthi entertainer, Sarileru Neekevvaru. Mahesh took to Twitter and revealed that the film will be hitting screens worldwide on January 12.

“This Sankranti will be my biggest and most special,” Mahesh said, also thanking the film’s director Anil Ravipudi. Interestingly, the makers of Allu Arjun and Trivikram’s Ala Vaikunthapuramulo too have announced earlier today that the movie will be hitting screens on January 12.

With Sarileru Neekevvaru locking the same date as per the previous decision, a clash between both the movies seems inevitable until one of the movies back out from the race. Rashmika Mandanna is the leading lady in Sarileru Neekevvaru, which is being produced by Anil Sunkara and jointly presented by Dil Raju and Mahesh Babu.