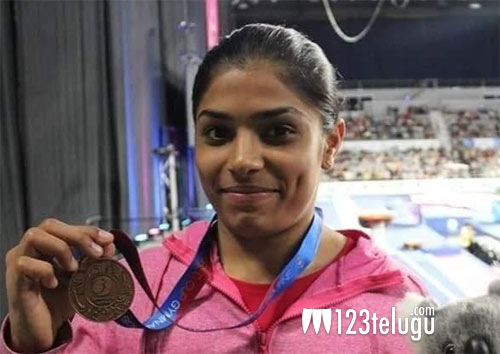 Star hero Prabhas’ popularity among millions of his fans needs no introduction. Especially, Prabhas became a household name across India, thanks to the historic success of the Baahubali franchise. And here’s a star Indian gymnast who is a die-hard fan of the Young Rebel Star.

Hyderabad-based gymnast Budda Aruna Reddy said in a recent interview that she madly adores Prabhas and that she has seen all his movies several times. Aruna also said that she likes Anushka Shetty among Tollywood heroines.

Telugu girl Aruna created history by becoming the first Indian to win a medal at the Gymnastics World Cup. She won a bronze medal in the World Cup Gymnastics in women’s vault event in Melbourne last year.