This young sensation to romance Vijay Deverakonda in Fighter?
Published on Oct 7, 2019 8:09 am IST 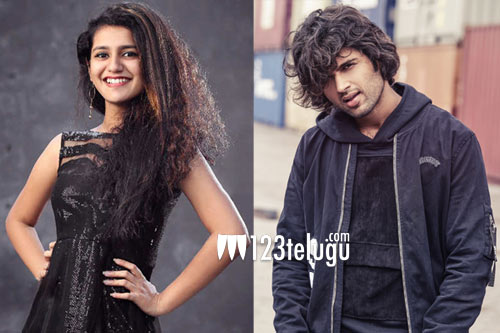 Following iSmart Shankar’s blockbuster success, Puri Jagannadh had signed Vijay Deverakonda for his next project. Titled Fighter, the film is touted as a sports drama with a boxing backdrop.

Now, as per the latest buzz, Puri has roped in Malayalam wink sensation Priya Prakash Varrier to romance Vijay Deverakonda in Fighter. However, an official announcement is awaited on the same.

Fighter will be jointly produced by Puri Jagannadh and Charmme. The film is expected to go on floors from December or January. Stay tuned for further updates.