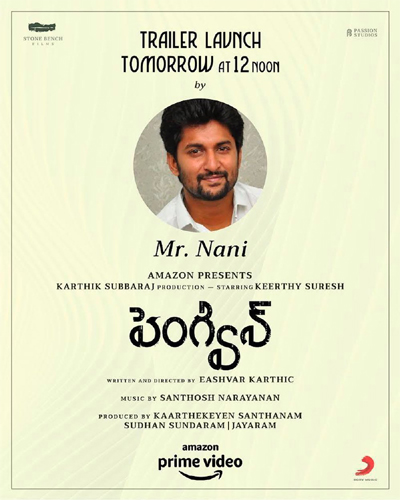 Amazon Prime Video and the makers of Keerthy Suresh’s upcoming psychological thriller, Penguin, roped in four popular heroines to launch the film’s teaser a couple of days ago. And tomorrow, three star heroes will launch the film’s theatrical trailer.

Penguin is directed by Eshvar Karthick and produced by Karthik Subbaraj. The film will have its world digital premiere on June 19.