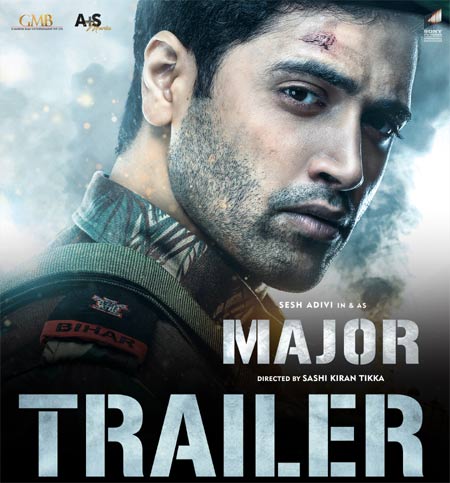 Everybody is aware that the talented actor Adivi Sesh-starrer Major will be out in theaters on June 3, 2022. To kickstart the promotions, the makers of the movie have planned to release the theatrical trailer today.

As reported earlier, the trailer will be released at 04:59 PM today. The latest news is that the star actors Mahesh Babu, Salman Khan and Prithvi Raj will release the trailer in Telugu, Hindi and Malayalam, respectively. The team has announced the same online.