Thrilling scenes between Balayya and Bollywood actor in NTR’s biopic
Published on Apr 1, 2018 3:50 am IST 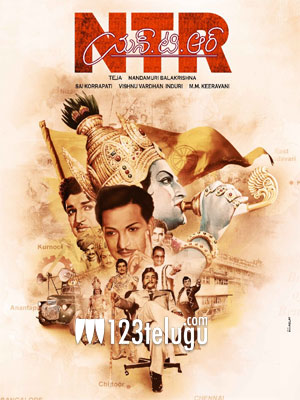 NTR, the prestigious biopic on legendary actor and former chief minister of erstwhile Andhra Pradesh NT Ramarao, had a grand launch a couple of days ago. NTR’s son Nandamuri Balakrishna will be reprising his father in the biopic.

Meanwhile, the latest reports suggest that acclaimed Bollywood actor Paresh Rawal is in talks for former Chief Minister of erstwhile Andhra Pradesh and Congress leader Nadendla Bhaskar Rao’s role in NTR. Apparently, a few scenes in the film will feature a thrilling political rivalry between NTR and Nadendla. Needless to say, the scenes featuring both the acting powerhouses Balayya and Paresh will be a major highlight in the movie.

NTR is being directed by Teja and produced jointly by Balakrishna, Sai Korrapati and Vishnu Induri. The film is slated for release during the Dasara festive season.