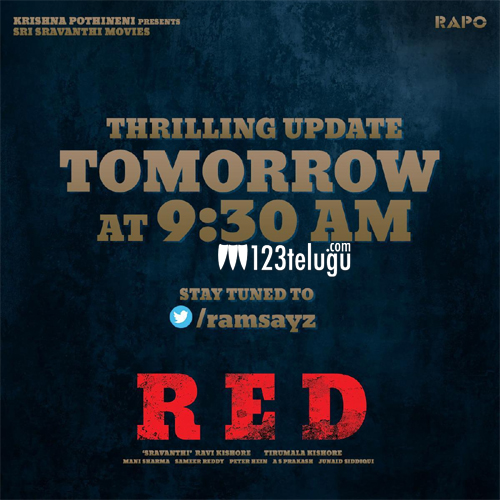 Hero Ram’s RED was supposed to hit the screens in April, but it has been struggling to see the light of day due to Corona lockdown and the theaters’ shutdown from the past seven months. Meanwhile, the latest news is that RED’s team is gearing up to give a thrilling update tomorrow at 9:30 am as a Dusshera festival special.

Soon after the news came out, fans began speculating that there will be an announcement on the film’s release date tomorrow. It remains to be seen if the team reveals the release date or come up with some other update.