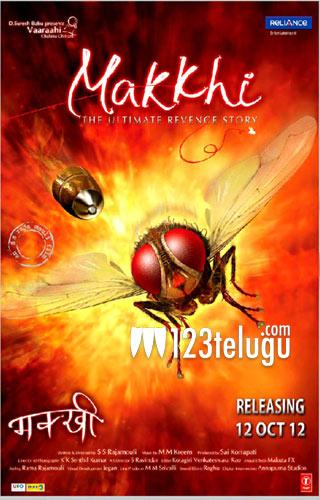 After conquering millions of hearts in the south, Rajamouli’s magnum opus ‘Eega’ is all set to hit Bollywood as Makkhi. The first look which was revealed recently, saw a thumping response form everywhere. Bollywood media has been promoting ‘Makkhi’ extensively, and trade pundits are rating it as an entertainer that should not be missed. This Hindi version was also suppose to release along with Telugu and Tamil, but was delayed a bit. But all that wait is gone, as Bollywood can now get a closer look at the sheer brilliance and unique film making capabilities of S S Rajamouli. Makkhi is all set for a grand release on October 12.