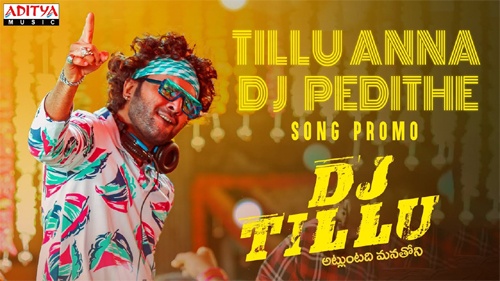 DJ Tillu is one film that has created a good buzz with its promos. The film is up for a release on the 14th of this month and promotions are in full swing.

The makers today revealed the title song Titled Tillu Anna DJ Pedithe which is quite peppy. The song has been composed by Ram Miryala and he has also sung it.

There is a masti atmosphere in the song and the mass beats are quite energetic. Neha Shetty plays the female lead in this which has Siddhu Jonnalagadda as DJ Tillu. Thaman scores the BGM for this film.