Nandamuri Kalyan Ram will be next seen in the fantasy drama Bimbisara. He plays king Bimbisara who ruled the Magadha Empire. The movie is slated for a grand theatrical release on August 5, 2022.

Now the latest update from the makers is that the movie’s trailer will be released digitally on 4th July at 5:09 PM. An event is being planned at AMB Cinemas Hyderabad, for this trailer launch. 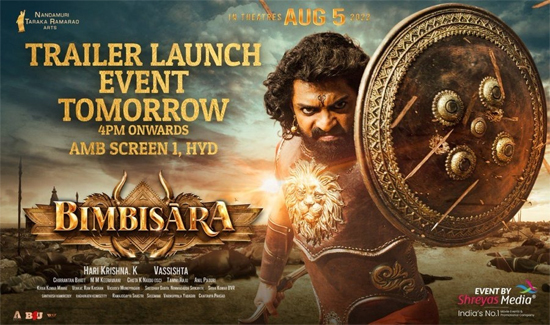