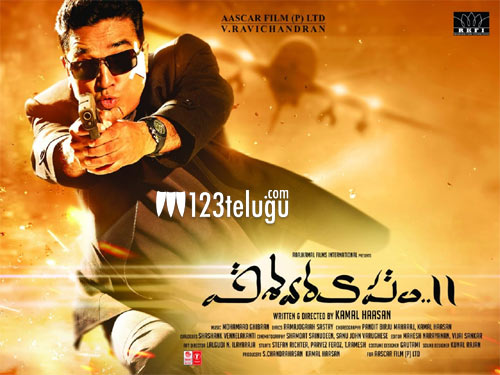 Vishwaroopam was a decent hit and got good openings because of the controversy that the film created during the release time. After a long gap, the second part is ready for a release now.

Many do not know that Kamal shot almost 90% of the film with the first part itself. Now, the question that has been raised is that the film’s content and theme used will be feasible or fit in today’s time or not.

Six years have passed and so much has changed in the way both terrorists an cops operate and this many say might go against the film. But Kamal is sure that things will help him and this is the right time and age for a film like Vishwaroopam 2 to release.