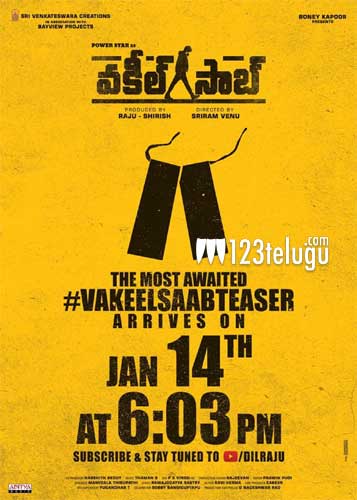 Vakeel Saab is a film that many Pawan Kalyan fans are eagerly waiting for as it is their star hero’s comeback film. The film is done with 90% of its shoot and is in its post-production mode.

Pawan celebrated his birthday on the 2nd of September but fans were disappointed that Dil Raju did not release the teaser of Vakeel Saab on this date. But, as we have reported the teaser will be out on the 14th at 6.03 PM in the evening.