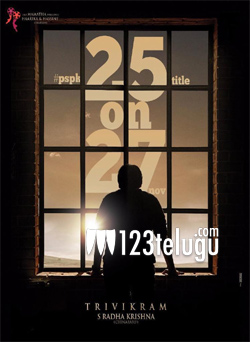 The suspense around the title of Power Star Pawan Kalyan’s landmark 25th movie is going to end in a few hours. According to the latest updates, the film’s highly-anticipated title and first look will be out at 10 am tomorrow.
As announced earlier, PSPK25’s title will be unveiled in the holy city of Varanasi as the film’s final schedule kick-starts. The film is tentatively titled Agnatavasi, and we will have to see if the makers have any surprises in store tomorrow.

Maverick director Trivikram Srinivas is helming this eagerly awaited biggie. Keerthy Suresh and Anu Emmanuel are the film’s leading ladies. S Radhakrishna is producing the movie and Anirudh Ravichander is composing the music. The film is slated to hit the screens on January 10.