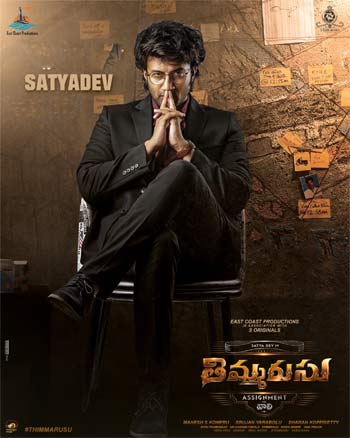 Satyadev is an actor who made for himself during the last lockdown as close to five projects of his came out during this time. This has also given a new lease of life for him to grow big in the industry and Uma Maheswara Ugra Roopasya changed that for him.

So, he is now doing a number of films and one of them is Timmarusu where he plays a lawyer. Today, the producer, Mahesh Koneru announced that the film will be out on July 30th in theatres.

This is the first film that has come out with its release date as of now. The film is directed by Sharan and showcases Satyadev in a performance-oriented role.