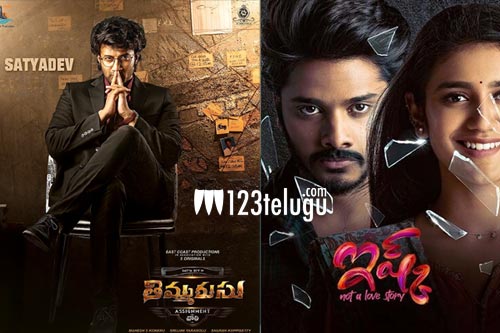 The theatres are open once again and films like Timmarusu and Ishq are out for release. Both the films opened to some average to a decent response at the box office.

As the weekend has started, the makers of both the films are looking forward to taking advantage of the holidays. As it is the Bonalu festival in Telanagana, the coming Monday is also a holiday.

The films have made some good amounts from the non-theatrical rights but if these films do well in the next three days, the makers of both the films will be quite happy.

Timmarusu has Satyadev as the hero and Ishq has Teja Sajja in the lead roles. Let’s see how both these films fare in the days to come.