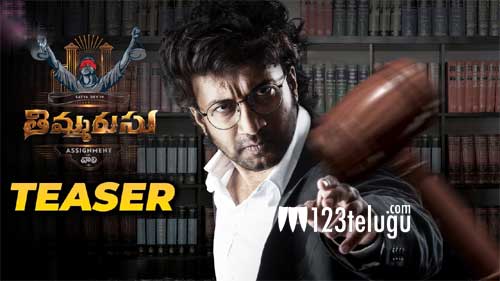 Hero Satyadev is doing back to back films and is one of the most promising actors in the industry as of now. One of his latest films is Timmarusu which is being produced by Mahesh S Koneru of East Coast Productions and Srujan Yarabolu of S Originals.

The film has almost wrapped up its shoot in record time and the makers have also released the teaser. The visuals showcase, Satyadev as a lawyer who is always truthful to the law even though he is pushed from behind by corruption.

Saran Kopishetty directs this film which also has Ajay, Brahmaji, and several other noted actors in key roles. For now, the teaser looks interesting.