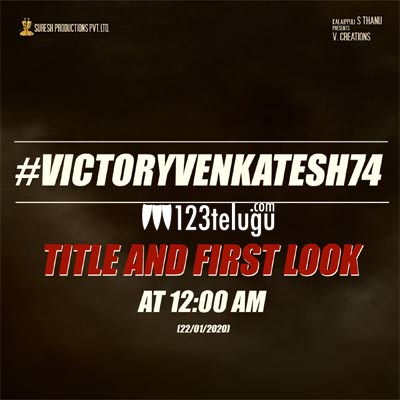 It’s well known that Victory Venkatesh’s 74th project is an official remake of the acclaimed Tamil period crime drama, Asuran. Sreekanth Addala will be directing the movie, while Priyamani is playing Venky’s wife in it. Details of other cast are yet to be announced by the team.

As per the latest updates from the makers, the title and the first look poster of this much-awaited film will be out tonight sharp at 12 am. Meanwhile, there have been speculations that the film has been titled Naarappa. Well, let’s wait for a couple of hours for the suspense to end. Suresh Babu and leading Kollywood producer Kalaipuli S Thanu are jointly producing the film.