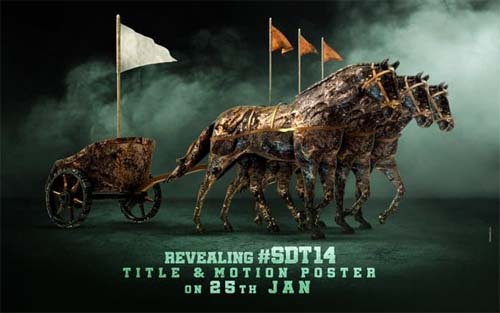 Sai Dharam Tej is high with the success of his latest film Solo Bratuke So Better. The film managed to release post the lockdown and impressed the target audience. He is busy with his new film in the direction of Deva Katta.

The shooting of this film is happening in full swing and the update is that the title of this film will be out on the 25th of this month in a special manner along with the motion poster.

Announcing the same, the makers have revealed a concept poster with a chariot, saffron, and white flags which give an indication that the film will be high on politics and drama. Watch this space for more updates on this film.