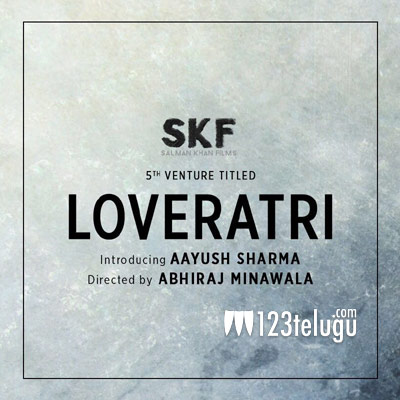 In October, 123telugu had reported that Bollywood superstar Salman Khan is all set to introduce his brother-in-law Aayush Sharma as a hero. Salman himself will produce the movie under his Salman Khan Films banner.

This afternoon, Salman took to Twitter and unveiled the film’s title logo. Aayush’s debut film has been titled Loveratri. This highly-anticipated film will be directed by Abhiraj Minawala. The makers are yet to zero in on the film’s leading lady. More details about the movie will be out soon.