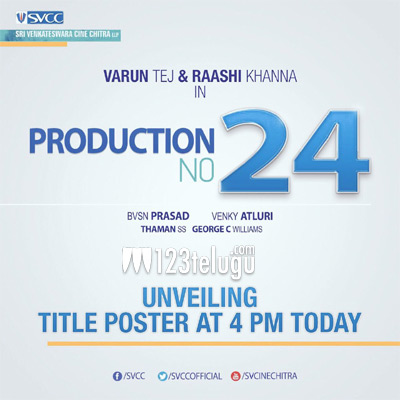 After the blockbuster Fidaa, young Mega hero Varun Tej’s next movie is going to be yet another romantic entertainer. The handsome hero will be romancing Raashi Khanna in the movie. The film’s dubbing work is underway these days.

As per the latest update from the makers, the title logo of this movie will be out this evening at 4 pm. Buzz is that the film has been titled Tholi Prema, after Varun Tej’s uncle Pawan Kalyan’s iconic romantic drama.

This film is slated to hit the screens on February 9 as a Valentine’s Day treat. Actor Venky Atluri is turning director with this movie, while senior producer BVSN Prasad is bankrolling it. Thaman has composed the music.