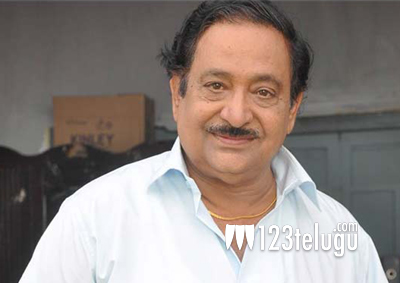 Yesteryear hero and veteran character artiste Chandramohan made some striking remarks on today’s young heroes. Chandramohan said that the young generation stars behave as if they are NT Rama Raos and Amitabh Bachchans.

Lashing out further, Chandramohan said that these generation next heroes do not respect their seniors. The veteran actor didn’t leave the kind of movies being made in Tollywood either saying that excessive violence and obscenity have become the norm in our movies these days.

The actor who had appeared in more than 800 movies also expressed his dissent over the kind of lackluster roles being offered to him by today’s filmmakers.