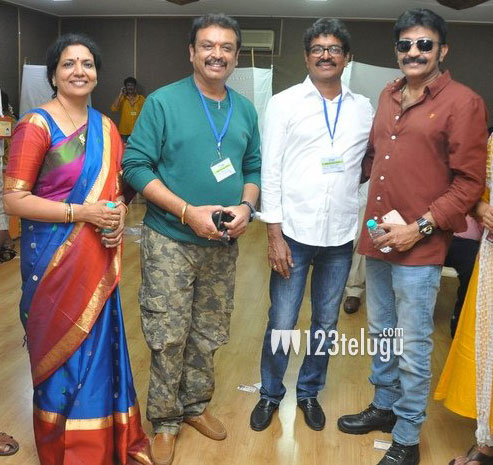 It looks like the ongoing feud between the Naresh faction and Sivaji Raja faction in the Movie Artiste’s Association (MAA) will not die down any soon. Recently, Naresh pulled off a landslide victory over Sivaji Raja to clinch the President’s post.

Within less than a week since the MAA elections, Naresh held a press meet and alleged that Sivaji Raja is not allowing him to take oath as MAA’s new President. Sivaji Raja’s tenure as MAA President ends on March 31. But Naresh, who wanted to swear in as MAA President on the auspicious day of March 22, is utterly disappointed with Sivaji Raja’s ways and sought the help of industry bigwigs to resolve the matter.

Several senior actors, including Krishna, Chiranjeevi and Mohan Babu, and other key persons in the industy are expected to chip in and pacify both the parties and resolve the issue amicably.