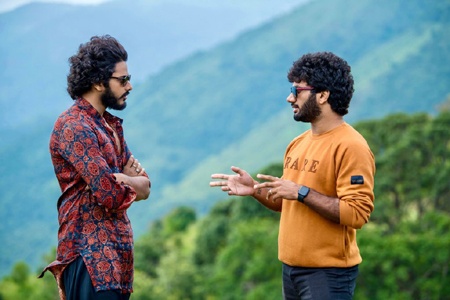 Zombie Reddy actor-director duo, Teja Sajja and Prasanth Varma, teamed up once again for Tollywood’s first superhero flick, ‘Hanu-Man’. The film’s shooting is currently underway in the exotic locales of Maredumilli Forests and Paderu. The team is shooting some crucial action sequences and songs in the ongoing schedule.

Hanu-Man’s first look poster, revealing Teja Sajja’s first look was released a couple of weeks ago to a decent response. The film is going to be an action-packed entertainer loaded with top-notch visual effects and it will have a pan-India release next year.