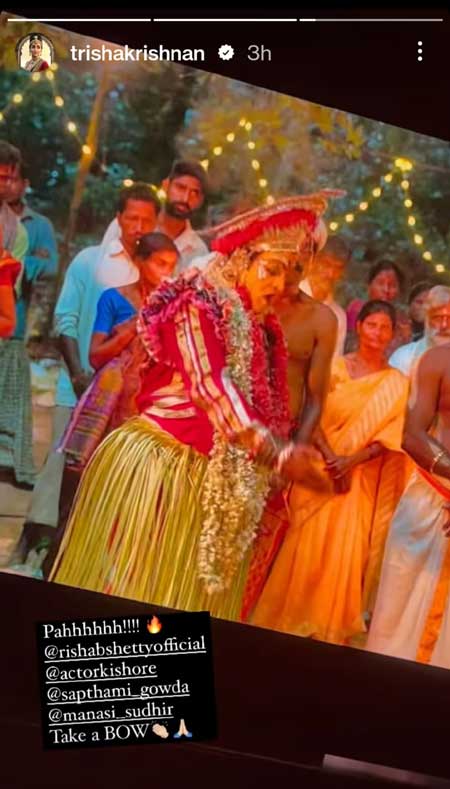 Kantara starring Rishab Shetty entertained the audiences all over, and still, they are yet to come out of the film’s trance. After a remarkable performance in theatres, the movie is now streaming on Amazon Prime in south Indian languages.

Many celebrities were impressed by this gritty village drama, and Trishna Krishnan is the latest to join this list. Trisha took to her Instagram story and wrote how well she liked the film. She tagged Rishab Shetty, the film’s leading lady Sapthami Gowda, actor Kishore who played the forest officer, and Manasi Sudhir, who played Rishab’s mother and mentioned her amusement.

Rishab himself was the director of Kantara, and the film is produced by Vijay Kiragandur under Hombale Films. Ajaneesh Lokanth’s wonderful music and Arvind Kashyap’s cinematography took the movie to the next level.