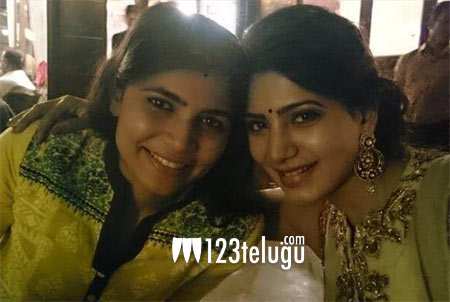 Singer and dubbing artiste Chinmayi has been Samantha’s voice throughout the latter’s career. In fact, the two are close friends and Samantha herself has often acknowledged that she would attribute a big chunk of her success to Chinmayi’s voice.

Incidentally, Chinmayi is dubbing for Samantha’s Raju Gari Gadhi 2 as well, and it looks like Chinmayi was stunned by Samantha’s performance in the film. “I had tears in my eyes while watching her on screen. She killed it,” Chinmayi said, referring to Samantha.

Directed by Ohmkar, the film also stars Nagarjuna in a lead role. Raju Gari Gadhi 2 will hit the screens on October 13.