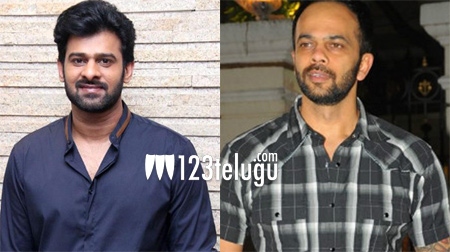 The stunning success of Baahubali 2 has not only turned it into the highest grossing Indian film of all time, but also the film made Prabhas, the lead actor of Baahubali, as a household name all over the country.

It’s not just Tollywood, but the craze for Prabhas has hit the peak in other regions as well, and several filmmakers are eager to work with him in near future. Already, there are rumours that Karan Johar is eager to work with Prabhas in his upcoming projects. And the latest news is that Rohit Shetty too has evinced interest to team up with Prabhas.

In the past, Rohit Shetty had made films like Golmaal, Chennai Express, Dilwale and Singham series. Now, it remains to be seen if this combination will turn into a reality in near future.