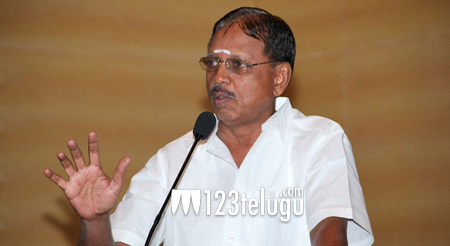 Over the past few months, the entire Tamil film industry has been facing a huge challenge in dealing with the notorious piracy site ‘Tamil Rockers’ and is failing to prevent it from pirating movies on the very first day of their release.

Filmmakers and moviegoers are often left puzzled about the modus operandi of Tamil Rockers in openly challenging and posting the pirated copies online. The Tamil Film Producer’s Council (TFPC) even planned a huge strike soon to put pressure on the authorities to act against these pirates.

Tirupur Subramaniam, leading distributor from the Coimbatore region, has revealed how the Tamil Rockers steals and posts the movie online by the evening of the very first day of its theatrical release and if it’s true, it is indeed a matter of great concern.

In his audio statement to the TFPC via WhatsApp, Tirupur Subramaniam said, “The producer sells the overseas rights of a movie to a buyer from some random country which does not even feature on the world map. The Tamil Rockers team, joins hands with such a distributor and gets the original content and is leaking the film on the evening of the first day”.