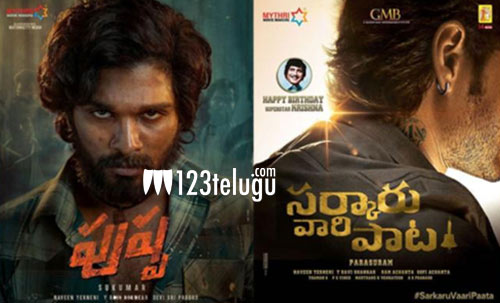 Meanwhile, the latest buzz is that both the films have been getting tremendous business offers from all areas in the twin Telugu states. News among film circles is that the production house has been offered a whopping amount from one of the Nizam distributors to bags the rights of both the films. However, it’s too early to discuss the business aspects, as both Pushpa and Sarkaru Vaari Paata will have a theatrical release only in 2022.

While Pushpa is being directed by Sukumar, Sarkaru Vaari Paata is going to be helmed by Geetha Govindam fame Parasuram.