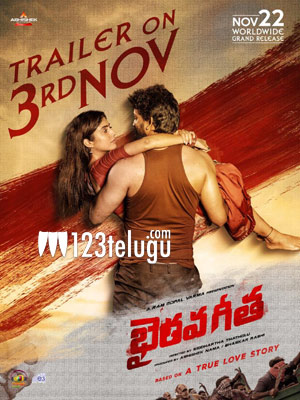 Ram Gopal Varma is soon coming up with an intense rural love story, Bhairava Geetha. Being made as a Kannada-Telugu bilingual, the film features Kannada star ‘Daali’ Dhananjaya and Irra Mor as the main leads. The film is touted to have caste killings as its main theme and is based on a true story.

According to the latest updates, Bhairava Geetha’s theatrical trailer will be released on November 3. The film will also release in Tamil and Malayalam. Bhairava Geetha is slated to hit theaters on November 22. Debutant SIddhartha has directed the movie and noted Tollywood producer Abhishek Nama is releasing the film.