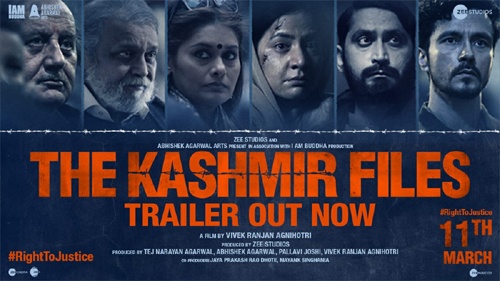 The makers have released the trailer today and it looks emotional, brutally honest and hard hitting. Set in the backdrop of Kashmir, the film deals with the sensitive issues of Kashmiris who are stuck between India and Pakistan. The BGM, presence of noted stars like Anupam Kher makes things interesting.

Tej Narayan Agarwal presents the movie, while Abhishek Agarwal Arts and I am Buddha Production have helmed this film which will be out on the 11th of March in theatrea.