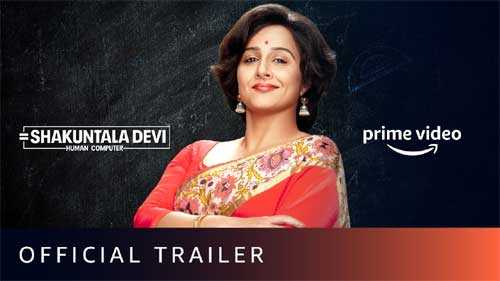 Vidya Balan is doing some really interesting films in the last few years and one of them was Shakuntala Devi based on the noted Mathematics legend Shakuntala Devi.

The film which was sold to Amazon released its trailer today. Vidya Balan looks perfect as the legendary Shakuntala Devi and the trailer is shown in a light manner with Vidya being a chirpy girl who is all set to take on the world.

But the main part of the trailer is where Vidya is showcased having problems with her daughter in the film and this thread has been exposed well. Vidya shines in her role and brings a whole new depth to the trailer. She is ably supported by Sanya Malhotra who plays her daughter.

Directed by Anu Menon, this film will be out on Amazon Prime on the 24th of July.