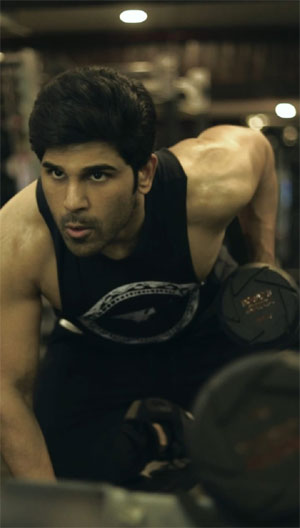 For the last one year, hero Allu Sirish has been working hard on his physique. He has now built a chiseled 6-pack body, and pictures and videos of his impressive physical transformation did several rounds on social media recently.

Now, to motivate everyone to get into fitness seriously, Sirish has started a new video series named Training Day. The series’ first video has been released just a while ago, and it shows Sirish sweating it out in the gym to strengthen his back muscles.

In the 30 second video, Sirish does single-arm dumbbell row, sternum pull-up, seated rows and wide grip lat pulldown like a pro. He will soon take the viewers through his yoga and boxing routine among many other kinds of fitness routine in this series.