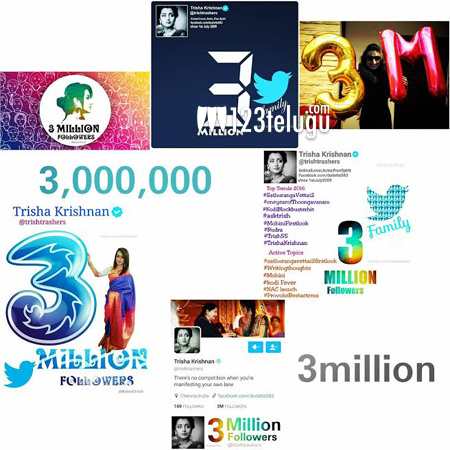 Chennai beauty Trisha has been a favorite actress for millions of her fans in Telugu and Tamil film industries for the past fifteen years. Of late, Trisha is delivering consecutive hits and is signing some high-profile projects.

This morning, Trisha breached the rare 3 million followers milestone on Twitter. The actress celebrated this feat and thanked her fans on this special feat via a video tweet. With this, Trisha joined actress Samantha, who had recently entered the 3 million followers club.