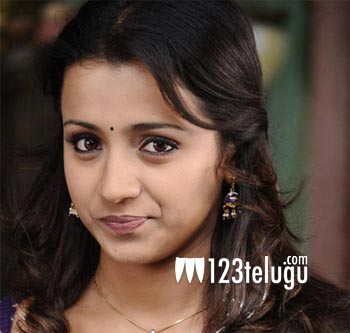 After acting in scores of Telugu and Tamil films in 15 years, Trisha has finally made her debut in Malayalam, thanks to Shyamaprasad, one of the acclaimed filmmakers in Kerala. Even though she was skeptical about acting in Malayalam cinema, Trisha revealed that she was so impressed with the role and the script of the film, titled ‘Hey Jude’, that she decided to take a chance.

In a recent interview, Trisha said, “I was very skeptical about Malayalam as the movies they make are so intense and realistic. I had this block in my head. But when Shyam sir met me, narrated the script and gave me a bound script to read I fell in love with Crys. I learnt a lot from Shyam sir…it is more like working with Mani sir or Kamal sir. There is nothing called hierarchy in Shyam sir’s sets and I had this wonderful team of assistant directors who treated me like a queen.”

The film also stars Nivin Pauly in the lead role, and Trisha says the film is poetic, feel-good, and an emotional tale of two dysfunctional people. The film is slated for release on February 2.