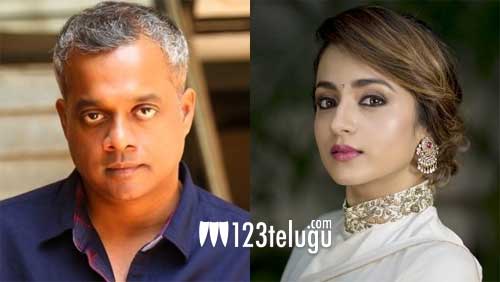 Gautam Menon’s Vinnaithaandi Varuvaaya, which was remade in Telugu as Ye Maya Chesave, is one of the most memorable romantic films of the 21st century, and the characters, Karthik and Jessie, become immortal. For Trisha, the film was a huge boost to her career and it still is one of the best films in her filmography.

Incidentally, Gautham Menon and Trisha teamed up for a short film, amidst the ongoing lockdown. Few days ago, the duo shared a video where Gautham Menon was seen giving instructions about how to place the camera and how he intends to direct the short film. Now, the first glimpse of their project, Karthik Dial Seytha Yenn has been released.

Going by the teaser, it looks like an extension of Vinnaithaandi Varuvaaya, and Trisha is reprising her role as Jessie, and she keeps encouraging Karthik to not give up hope. More details about the short film and its date of release will be revealed soon.