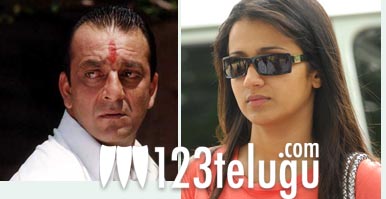 Trisha has reportedly opted out of Saamy’s Hindi remake citing lack of dates. Saamy catapulted Trisha’s fame in the early years of last decade and since then she went on star in some of the biggest hits in Tamil and Telugu. The film was later remade in Telugu as Lakshmi Narasimha. Now, K S Ravikumar has decided to remake the film in Hindi with Sanjay Dutt in lead role. He’ll be reprising Vikram’s role as a police officer. Apparently, K S Ravikumar was keen on roping in Trisha for the Hindi remake as well; however, he wanted her to allocate dates in August for this remake. Already Trisha has couple of Tamil films in her kitty which require her to travel extensively. Since she couldn’t accommodate the dates, she opted out of the film. The latest news is that Prachi Desai has replaced Trisha in this film. In 2010, Trisha had made her Bollywood debut in Akshay Kumar’s Khatta Meetha which still remains her only Bollywood outing so far.