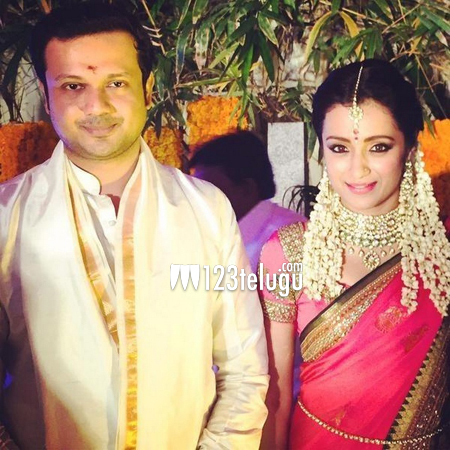 It is known that superstar Trisha is soon going to tie the knot with producer Varun Manian. Latest update is that she will be doing a film in her fiance’s production and renowned film maker Thiru will be directing it.

Jai of Journey fame will star opposite Trisha in this film which will have a village backdrop. Shooting of this movie will kick start in April. Trisha is flying high with the response to her character Hemanika in the recently released Ajith starrer Yennai Arindhal. Trisha will also be seen opposite Balakrishna in her upcoming film Lion.