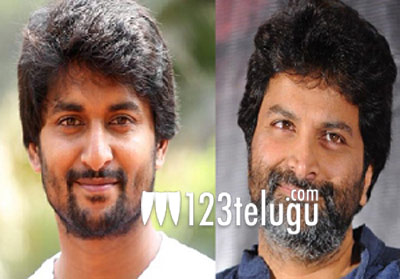 Director Trivikram Srinivas will soon be directing the much-awaited project featuring NTR. He is also committed to doing a film each with Venkatesh and Mahesh Babu. Now, an interesting buzz about Trivikram’s next has started doing the rounds.

The latest buzz reveals that Trivikram will be directing Nani in a movie much ahead of Venkatesh and Mahesh Babu’s movies. Apparently, both Trivikram and Nani are supposed to do a film separately for noted producer DVV Danayya. And the senior producer seems to have played a big role in materializing this exciting combo. However, we will have to wait for an official announcement regarding this speculation.