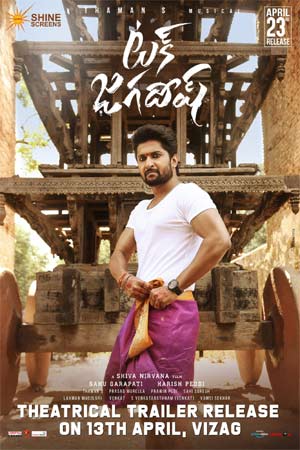 Nani is not leaving any stone unturned in making his film Tuck Jagadish a very big hit. The manner in which he is doing the promotions of the film is quite impressive.

Today, the team met the press and revealed that the trailer of the film will be out on the 13th of this month. The trailer will be launched at a grand event in Vizag.

Speaking at the occasion, Nani said that Tuck Jagadish is a film that comes rarely. It is a kind of film which are not being made these days and that is the reason it will be even special for the audience added Nani.

Shiva Nirvana directs this film that has Jagapathi Babu and Ritu Varma in key roles. Thaman has scored the music and the teaser created a solid hype. Let’s see how the trailer turns out to be.