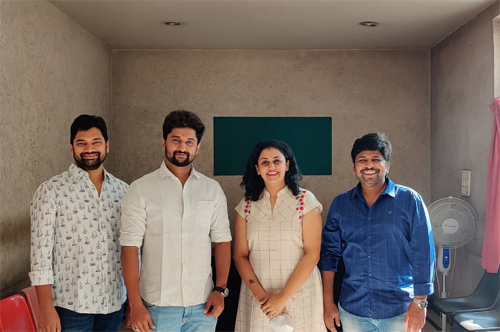 Nani is doing a film called Tuck Jagdish and the film is being directed by Shiva Nirvana. It is in the last leg of its post-production. The latest update is that the dubbing formalities of the film started today in Hyderabad.

As the director Shiva has only given hits in his career, the pre-release business has also gone to a crazy level as per the latest update. Nani plays the titular in this film which has Ritu Varma as the main lead.

The film was supposed to release last Christmas but was postponed due to the COVID lockdown. The film is a family drama with crazy mass elements is the news. The makers have decided to release the film this summer of 2021.