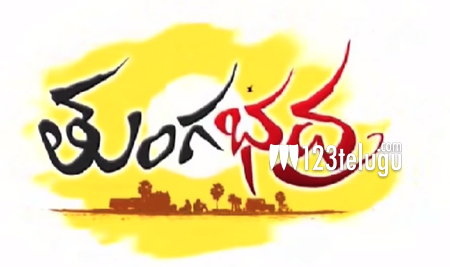 Producer Sai Korrapati proved his taste for sensible cinema with successful films like ‘Eega’, ‘Oohalu Gusagusalaade’ and ‘Dikkulu Chudaku Ramayya’. He selects films that can be enjoyed by the whole family. His next film ‘Tungabhadhra’ in debutante Srinivasa Krishna’s direction will have its audio launch today.

Starring Adith Arun of Genelia’s ‘Katha’ fame and Dimple Chopade,‘Tungabhadra’ has been in the making since a long while. The film has a Rayalaseema backdrop and the plot revolves around two warring villages. Veteran Tamil star Sathyaraj of ‘Mirchi’ fame will appear in a crucial role.

The film’s music has been composed by Hari Gaura and the audio album will be released through MM Keeravani’s Vel Records today .