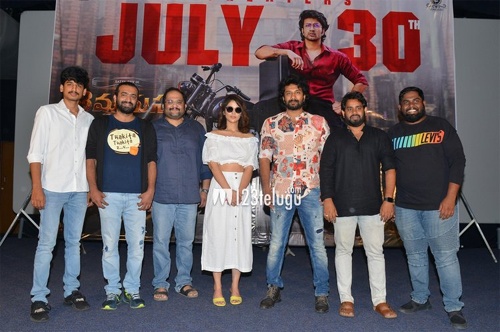 Satyadev is super busy with the promotions of his latest film Timmarasu which will hit the screens tomorrow. The film is a crime drama and Satyadev pays a lawyer in this film.

Speaking in an interview, Satya says that he has worked hard on the film which is his proper commercial project. He also adds that the various twists and turns will keep the audience engaged.

Timmarasu is directed by Sharan and has Brahmaji in a key role. Priyanka Jawalkar plays the female lead in this film that is being produced by Mahesh Koneru on his East Coast Productions.