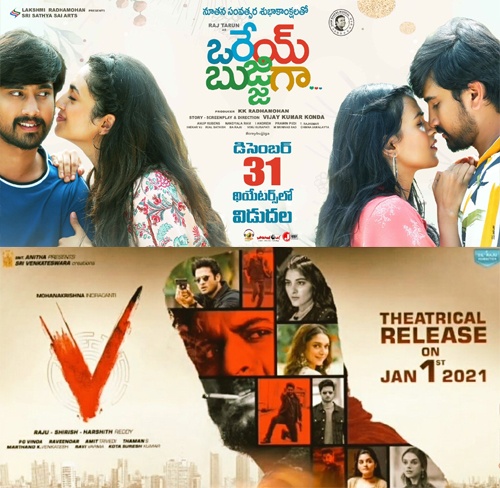 Due to the lockdown, a number of films released online on OTT platforms, and two of them were the much-hyped Nani film V and Raj Tharun’s Orrey Bujjiga.

Well, now that the theatres are slowly opening back one after the other, we have come to know that the above said films will also release on the big screens.

Orrey Bujjiga is coming out on the 31st of December and Nani’s V will be out on 1st Jan in both the Telugu states. As many of the people from the interior parts of Telugu states did not watch the films online, they can have a chance of watching it now.