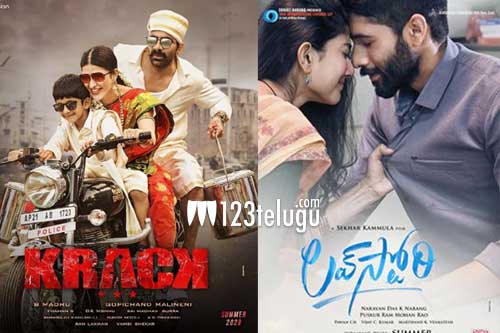 The theatres have been closed for the last six months or so and this has created tension in the lives of many who depend on the film industry. Now that the situation is getting better and lockdown rules are getting easier, the majority of the stars have started their shoots once again.

But big films which were ready did not wait for the theatres to open and are coming out on the OTT platforms one after the other. Krack and Love Story are two such films that are almost 90% complete.

The makers of Love Story have started their shoot now and the same is going to be with the case of Krack. We have come to know that these two films will mostly be out on the big screens only and are aiming for a Pongal 2021 release.

The formalities of the release dates and other post-production acts are being looked at as of now. Krack is directed by Gopichand Malineni and Love Story is directed by Shekhar Kammula.