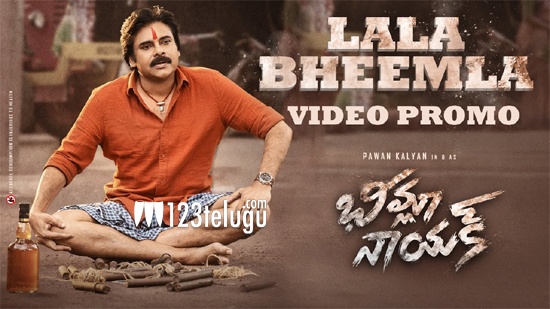 On the eve of the Diwali festival, fans of Pawan Kalyan and Rana Daggubati are in for two crazy updates from Bheemla Nayak. Producer Naga Vamsi took to Twitter and gave the big updates and left all the fans excited.

Firstly, a “cracker” of a poster will be unveiled at 10 AM tomorrow (Nov 4). And on the ‘Lala Bheemla’ song out on November 7. Bheemla Nayak’s teasers, featuring Pawan and Rana, received a solid response from fans.

Malayali beauties Nithya Menen and Samyuktha Menon are cast opposite Pawan and Rana respectively. The film, an official remake of the acclaimed Malayalam action drama Ayyappanum Koshiyum, is being directed by Saagar K Chandra. Trivikram has penned the screenplay and dialogues for Bheemla Nayak. The film is slated to open in cinemas worldwide on January 12.

Bheemla's #Diwali is not done yet💥