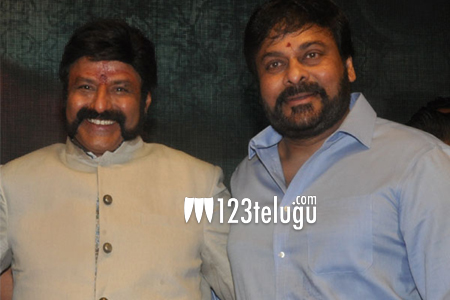 Sankranthi is always an exciting time for Telugu movie lovers and Sankranthi 2017 will be a doubly special one. Two giants will clash at the Box Office this year and it will be a classic fight of sorts. We are talking about actors Megastar Chiranjeevi and Nandamuri Balakrishna.

Balakrishna’s 100 th film is going to hit the screens for Sankranthi and this has already been announced by the team. Now, Chiranjeevi’s 150th movie is going to be launched on the 29th and this film will also be releasing for Sankranthi.

Interestingly, both films are iconic films for the respective actors. This is one clash that we are eagerly waiting for.