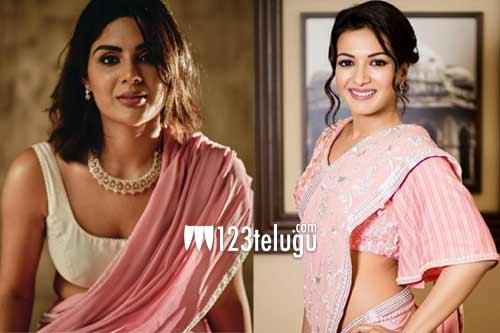 It’s been earlier reported that hero Kalyan Ram is working on his latest home production. Tentatively titled Raavan, the film is touted as a reincarnation drama loaded with extensive VFX. Debutant Mallidi Vashista is directing the movie. Kalyan Ram is romancing two young beauties in this ambitious film.

While Bengaluru actress Catherine Tresa was signed on long back, the latest update is that Malayalam actress Samyuktha Menon has been roped in as the other female lead opposite Kalyan Ram. Catherine is well known to Telugu audiences. On the other hand, Samyuktha Menon is an upcoming heroine in Malayalam and Tamil film industries. Raavan’s shooting is currently underway in Hyderabad.