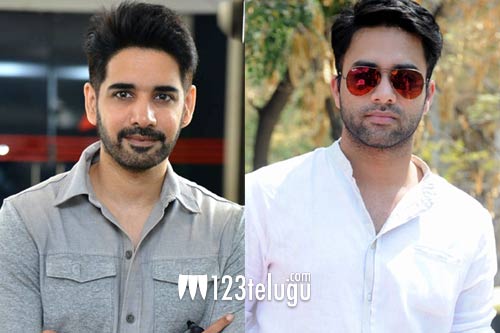 The much-awaited film in the combination of Allu Arjun and Trivikram had its muhurtham ceremony this morning. The film’s regular shoot will commence on April 24. Pooja Hegde is the film’s heroine. And here’s an interesting speculation about the film’s cast.

Apparently, young heroes Sushanth and Navdeep have been signed on to portray crucial roles in the movie. The buzz is that Sushanth will be playing an innocent man’s role in the movie. Right from the beginning of his career, Sushanth has been quite choosy about signing his projects, and his special role in a top star’s movie is indeed a pleasant surprise.

On the other hand, details about Navdeep’s role are yet unknown. Navdeep had earlier shared screen space with Bunny in Sukumar’s Arya 2. However, we will have to wait until an official announcement is out confirming these speculations.