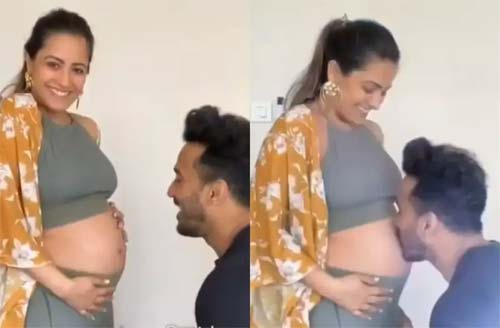 Anita Hassanandani made her Telugu debut with the film Nuvvu Nenu. The film was a solid hit at the box office and then she did a number of films in Telugu. But later, she could not maintain the consistency and was out from Telugu films.

She is a top actress on TV now and happily got married a few years back to Rohit Reddy. The latest update is that Anita is expecting her first child very soon. Anita announced this news on a happy note yesterday on her Insta account.

In the video, she is seen with a baby bump along with her husband. Here’s wishing her all the best for her big bundle of joy.