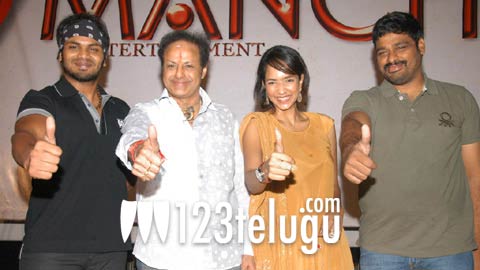 Uu Kodathara Ulikki Padathara will soon be made in Kannada, if all goes well. Currently, the film is being shot simultaneously in Telugu and Tamil. Sekhar Raja is directing the film and it has Manchu Manoj, Balakrishna and Deeksha Seth in lead roles. A leading national daily has reported that Lakshmi Manchu has approached Kannada star Puneet Rajkumar for the Kannada version of this big budget film. Although, he was quite excited about the film, Lakshmi Manchu is reportedly waiting for the release of Telugu and Tamil versions before proceeding with the Kannada version. Bobo Sashi is composing the music. Balakrishna is playing a crucial role in the film and the sets in the film have become one of the most talked about aspects of the film. Uu Kodathara Ulikki Padathara is expected to hit the screens in summer this year.